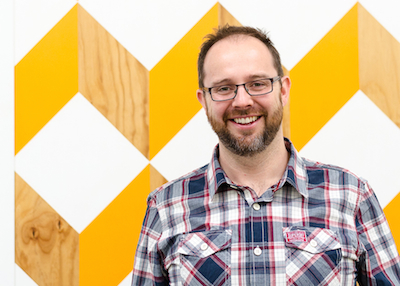 PaperKite has been making Apps for almost as long as there have been stores to sell them on. After seeing a gap in the market to design and build for mobile, Founder and CEO Nic Gibbens kicked off his venture back in 2010. Since then he’s been working with clients to create compelling App solutions like the Metservice apps, the All Blacks apps, the Grabaseat app – the list goes on.

“We unashamedly focus 100% on what we do best,” Nic says. “We create truly engaging native App solutions. We’re proud it’s taken us round the world; from being invited to discuss our work with the Prime Minister, to working on Watch Apps at Apple HQ California, to launching the United Nations Handbook Apps at the New York UN General Assembly, we’re proud to be a driving force behind NZ’s exploding tech scene.”

2014/15 has been PaperKite’s best year for turnover with an increase in Annual Revenue year-on-year of 163%. “Given that PaperKite was formed in 2010 and in our first year we turned over $16,500 this equates to Revenue growth of 6190% in our short existence!”

+ Text Size -
Do NOT follow this link or you will be banned from the site! Original generation time 1.9726 seconds.